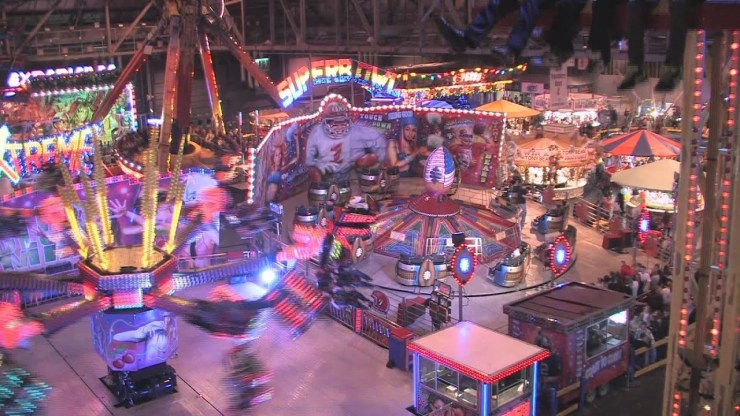 I initially entitled this page ‘The Worst Day of My Life’ but the fact is that I’ve had far, far worst days since this in my adult years so I’ve changed it to a more accurate one.

As you would expect the said day relates to a moment of embarrassment which like most embarrassing moments that crop up in one’s average existence occurred in my adolescence.

I was roughly 12 years old, give or take a year.

That difficult age when you are pulling away from the carefree grip of childhood and entering into the exciting world of being a rebellious and confused teenager.

You’re beginning to find your parent’s company tiresome and even awkward and you want to start striking out on your own. You begin to pick things up in adult conversations and even have the temerity to try and enter into them only to be told to shut up and to get back to your Panini sticker album.

Well anyway, I was that age.

A pasty-faced, jet black-eyebrowed youth with a bad haircut and even worse dress sense, on the rare occasion my mother let me pick out my own clothing that is.

One such occasion occurred whilst visiting cousins just outside Newcastle. My aunt and uncle and their offspring lived in the wealthy leafy suburb of Darras Hall, an area so plush that even footballers lived there.

But back to the matter at hand.

During one such visit, we decided to take a shopping trip to the world-famous Metro Centre.

At that time the Metro Centre was one of the biggest shopping centres in the world and could still be for all I know. It had a theme park in it and everything. By theme park I mean there was a bit you paid to get into that had an arcade and a few roller coasters.

It was an enormous place. Kind of like a large indoor village.

It was even bigger than my native Glasgow’s own recently opened huge greenhouse called the St.Enoch’s centre and that’s including the huge multi-storey Debenhams department store joined onto it.

Nowadays massive indoor shopping centres are par for the course. There are multiple ones within driving distance of my house but back then the Metro Centre was like the Mecca of shopping complexes.

As we wandered around, one particular shop caught my eye.

With its bright white interior and dark green neon sign, it was hard not to.

It was called Eisenegger and more importantly, they sold tracksuits.

Now research has revealed to me that in later years that this particular brand became the purveyors of cheap discount own brand clothing that would generally fall apart when within eyeshot of a washing machine.

But back then they were a new kid on the block of chic casual leisurewear and were clearly making a spectacular assault on the tracksuit market.

If memory serves they literally only sold tracksuits at this particular outlet and the available colour range was limited but from what was on offer I plumped for an awesome dark navy blue number with the Eisenegger brand emblazoned proudly across the front in dark green.

It certainly was a sight to behold, at least I thought so. I presume it was pretty affordable too as my mother appeared to have no issues in buying it for me.

She was probably just delighted I had finally decided to wear something outside of the Euro ’92 white Scotland shell suit that can be seen in all its underwhelming glory below.

Now January in Scotland is usually synonymous with a few things and none of them good ie; 25 minutes of daylight: bad weather: post-festive blues and everyone being skint.

But it’s also the time of year when the carnival at the SECC launches. Like a light in the seemingly eternal darkness.

There you can indulge in an array of hair-raising rides, dodgems, games etc.

Back then I would make the annual pilgrimage to said carnival and on this occasion, I was taken along by my parents and was joined by my younger sister.

By this point, I had turned 12 and was almost a teenager. My skin hadn’t broken out yet but my attitude had and I pulled up sporting a gleaming white pair of Head Tennis trainers, a full tub’s worth of hair gel on my barnet and of course I was proudly wearing my very unique Eisenegger tracksuit.

Oh yeah. I looked the business.

Not long after entering the arena I had already consumed a few litres of coke – pretty sure there wasn’t a diet option back then. Not in Central Scotland anyway –  and my weight in hot dogs and candy floss.

What better way to wash it all down than with a few high-octane rides.

One, in particular, had caught my eye.

It was the Sticky Wall.

I’d seen older kids on it before but had always felt too young and basically too petrified to go on one myself.

But now I was 12 and wearing a cool tracksuit so it was time to show it off to the world and prove that I was ready for big boy rides.

Oh they were gonna find out alright.

For anyone not familiar with a sticky wall basically, you enter a circular chamber with no ceiling, lie back against the wall which, then presumably through some form of voodoo you stick to and it then elevates you into the air and spins you around at around a thousand miles an hour.

An example of it can be seen above.

The exact height and speed of this action etc vary but just my luck the SECC Carnival’s sticky wall tends to go for the more extreme end of the spectrum.

Anyway back to the story.

As I entered the chamber I was full of excitement. Back then I was pretty fearless and would literally go on any ride I was allowed to.

I mean what could possibly go wrong?

You see I had forgotten to factor in that my Eisenegger tracksuit was made of cotton.

At first, when I realised I was stuck to the wall I found it amusing. That amusement would soon turn though into mortification as the wall began to elevate us about 20 feet up into the air.

You’re maybe wondering if I fell at this point but I can assure you I didn’t.

I wish that was the extent of it.

Oh no, my fate was to be far worse.

You see my tracksuit was stuck to the wall……but I wasn’t.

As others were being elevated around me I noticed my progress up in height was much slower and I also had this strange sensation creeping up my legs and midsection.

This was because I wasn’t really being elevated at all. But my tracksuit bottoms sure as hell were.

Yes, they were swiftly rolling up each leg simultaneously only stopping when they had reached my torso resulting in them forming what can only be described as a makeshift nappy.

My skinny, pasty legs briefly dangled in desperation before being stuck to the wall with the rest of me.

It will come as no surprise for you to learn that my jumper, being made of the same material, also crawled up to around chest height as well exposing my bony solar plexus for all to see.

When it rains it really does bloody pour doesn’t it?!

With my arms unwittingly outstretched at either side of me little did I realise I was unintentionally recreating the Crucifixion of Christ except rather than a loincloth my get-up was white trainers and socks combined with what had become a cotton tracky-nappy and long-sleeved vest.

Just when I thought it couldn’t get any worse the whole chamber ascended, tilted at an angle so that the whole arena could get a good look at me and then preceded to spin me around at the speed of what felt like around 825 mph though was probably closer to 30.

Even at that velocity, I could see the odd bemused glances from the carnival-goers below which would soon turn into hilarity as they deciphered this bizarre sight that was unfolding before them.

As I continued to spin I looked over to other patrons on the ride all of whom were in fits of laughter and I knew it wasn’t just as a result of their adrenaline that was kicking in.

The fact that most were girls around my age only added to the degradation.

At one point my eyes looked up to the heavens and as my mind asked: “Why God? Why?”, my mouth instead blurted out: “HELP MEEEEEEEE!!!”

Gradually the spinning slowed through that wasn’t the end of it as were tilted once again this time at a steeper gradient towards the enthralled masses below, one last time.

And then the spinning started up all over again. Like the first time wasn’t enough.

Alas, the ride ended moments later after what felt like an eternity.

“DAMN YOU EISENEGGER!” I proclaimed internally, my face bright red as beetroot with shame.

As we descended gradually back to the ground my jogging bottoms and jumper unfurled gently back into position almost as if the whole nightmare had never happened.

It had though and I was all too aware of it as I disembarked that ride, back down to earth, humiliated and somewhat of a laughing stock hoping the ground would literally swallow me up.

We’ve all had that bad dream where you go to school and find out you have no trousers on.

But not even in it’s worst rendition are you picked up, frozen in a crucifixion pose and then spun around at an angle and at great speed to for everyone’s amusement below.

Yet all of these factors had conspired together for me that day and within the realms of reality too.

To add to the tragedy neither my parents nor sister had even seen it. They must have been the only people in the entire exhibition centre who hadn’t.

No doubt they were too busy arguing about who had the parking tickets or something like that.

So I didn’t even have anyone to validate the horror story when I told it thereafter.

But I’ll sure as hell never forget it.

No doubt somewhere out there others haven’t either.

Safe to say my Eisenegger tracksuit got the blame and never saw the light of day again.

It went straight into the charity bin bag.

Some kid in a third world country probably has it now. They were pretty durable.

As for Eisenegger, they become one of those cheap discount stores that have a closing down sale that never seems to end.

Their actual day of reckoning finally came though, and they went out of business in 2005.

I personally never forgave them.

Though truth be told the manufacturer of that two-piece tracksuit could have been anyone that fateful day.

I just hope that if you take anything from this tale of woe it’s that sticky walls and discount cotton tracksuits, the bottoms in particular, are a combination that simply must be avoided at all costs.

Thank God we didn’t have social media back then.

As a result, the embarrassment lingers only in my memories as opposed to being plastered all over twitter and Instagram etc. I mean who’d be a kid nowadays eh?

Another reason why growing up in the past was so much better because that’s where you could leave it, save for a box full of photos stuck in the corner of an attic somewhere.

Well either there or described in meticulous detail on a blog and published to the world wide web but who in their right mind would do that, eh?!!

In summation, it’s true what they say.

“The louder you scream…….the faster the ride!”