Brazil struggle and Costa Rica do what they do for 45 mins which is generally to snuff out any opposition creative play.

In response, Neymar dives more than even normal as he continues to endear himself to football fans the world over.

In the second half, the Samba boys pick up the pace and come close to scoring a few times.

Neymar then decides to pretend he’s been shot in instalments in the box and the referee buys his nonsense awarding a penalty that has the Cost Ricans raging as they insist to the referee that Neymar is just being a dick as usual.

Thankfully VAR intervenes and the penalty is cancelled.

Neymar does that confused smile thing he does as it dawns on him this bright new age of technology in football will ultimately be his Karma in the years to come and that this is just the beginning.

The Brazilians score late through Coutinho which causes the Brazilian manager Tite – not pronounced ‘Titty’ – to run onto the pitch and fall flat on his face.

The mercurial Neymar then shows us that he actually is a very good player despite his constant simulation as he finishes well for the second.

2-0 to Brazil and though it wasn’t a good game at least we got some goals.

Celtic’s Cristian Gamboa continues to defy the odds and plays well throughout.

Game two of the day starts off slow with Iceland doing what they do, which is keeping it tight and Nigeria continuing to look out of sorts.

That all changes only two minutes into the second half when Ahmed Musa takes down a crossed ball into the box beautifully and finishes emphatically.

Now Iceland has to come out which is something they are not used to doing when not on their home patch and flies in the face of everything they believe in and hold dear.

They pay the price when Musa sprints down the left, skins Kari Arnason and the Icelandic goalkeeper before refusing to pass to Iheanacho and burying it high into the net to make it 2-0.

Iceland does get a penalty late on but Gylfi Sigurdsson appears to get offended by a seagull hovering over the stand behind the goal and rather than go for the net attempts to hit the bird instead. Some reports say the seagull survived and others claim he nailed it but either way, he missed the penalty and Nigeria celebrate a deserved 2-0 win – they should have scored more in that second half – and in the process reignite my now blatantly absurd hopes that Messi and Argentina can do something at this tournament.

Iceland now go into the final game against Croatia hoping the other two draw and that they can thump Croatia who has already won the group.

Argentina vs Nigeria should be one to watch. Though on current form I fancy the Nigerians. 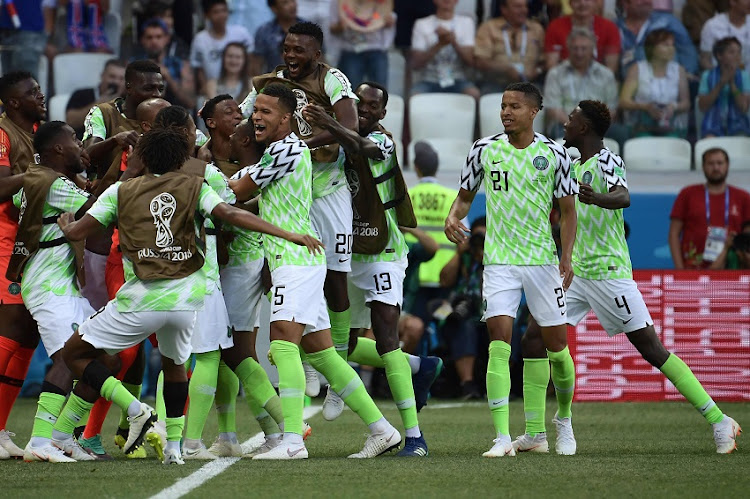 Come on Messi. Wake up damn you and prove me and the rest of the world wrong.

One of the games of the tournament.

I watch it at my cousin’s house as his two-year-old daughter occasionally steals the show by dancing in front of the TV screen and hitting me with a toy sword.

A few Coronas ease the pain.

Serbia takes the lead through a Mitrovic header after only five minutes and look good but Switzerland gets back into it via an equaliser by Granit Xhaka soon after the break when he absolutely buries it with a 25-yard piledriver.

The Swiss, who had been on the back foot previously are now right back in it and miss good chances but just when they think they have blown it Xherdan Shaqiri does something he rarely ever did for Stoke City by breaking away with pace to burn and finishing well to grab a 90th minute winner for the nation of Toblerone and cuckoo clocks.

Xhaka and Shaqiri make the double-headed eagle signs after their goals which references the Albanian ethnicity and is a blatant ‘Get it Right Up You!’ to the Serbian fans and will likely have their cards marked with the pro-Serb Russian fans – of which I am led to understand there are many – for the rest of the tournament.