We are now into doubleheaders with this match the one with importance as it will decide the group winners. The other game sees Egypt and Saudi playing for pride.

It’s a sore one for the hosts who had been doing so well up to now. They are still through to the round of 16 which many people thought them incapable of but this is a harsh reminder that they probably aren’t capable of going any further than that.

Luis Suarez rattled in a free kick on 10 minutes after being bizarrely assisted by a Russian defender who pushes two Uruguayans out of the way creating the space for the Suarez strike to go in.

Denis Cheryshev then scores his fourth goal of the tournament but unlike the previous three, it’s not for Russia as he deflects a long distance strike into his own net.

Igor Smolnikov then walks for two needless yellows on 35 minutes and Russia are now facing an absolute hammering as the men in sky blue from South America look like scoring every time they venture forward.

Somehow the score remains at 2-0 until Edison Cavani finally gets off the mark scoring from a rebound off the keeper after corner late on.

Despite the heavy defeat, the Russian fans are in great voice throughout and it’s a shame they’ll no longer be able to cheer on their team after the last 16 game as on this showing they have no chance.

I never saw it as it was on at the same time as the important match.

Mo Salah chips the keeper – the third one in three games Saudi have deployed in this tournament –  after 22 minutes to give his nation the lead and doesn’t bother celebrating.

He should have a second when he’s through again but fluffs it as he chips wide.

Saudi then has a penalty saved by Egypt’s ancient 45-year-old goalkeeper and captain Essam El-Hadary but he can’t repeat the trick as minutes later the men in green get another one and convert via Salman Al-Faraj on the stroke of halftime.

Saudi then escapes the tournament with an unlikely win via a 95th-minute winner from Salem Al-Dawsari and give prayers for a rare three points on the World Cup stage.

It’s all much ado about nothing for the neutral but a big deal for them. 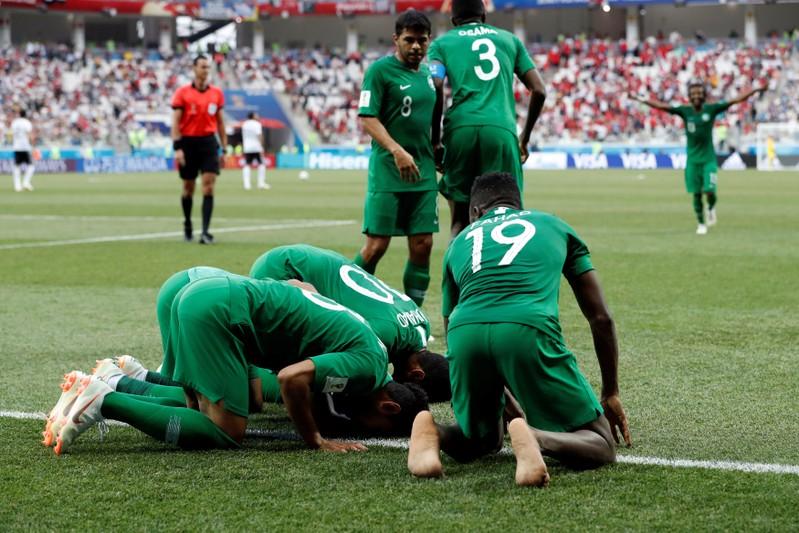 Disaster strikes as I mess around with my TV settings and lose all channels just as I was tuning into BBC 4’s coverage of the Spain vs Morrocco match.

I press one button through after over ten minutes of messing around and they all return.

I choose the Spain vs Morocco match even though there’s more riding on the other group game as I like to watch the silky passing of Spain instead of a likely borefest between serial spoilers Portugal and an Iran team under committed negative football practitioner Carlos Queiroz.

In this one Spain pass the ball to death, including to Morocco striker Khalid Boutaïb who races clear to put the North Africans ahead after 14 minutes.

A mere five minutes later though parity is restored as the great Iniesta runs rings around the Moroccans until he gets to the byline and lays it back to Isco to bury it high into the net. A lovely goal.

From there you’d expect Spain to go onto dominate but they struggle and their relentless passing looks pretty toothless.

Nordin Amrabat smacks the crossbar for Morocco in the second half and with ten minutes left Youssef En-Nesyri rises up like a majestic salmon above Spanish captain Sergio Ramos aka ‘The Most Hated Man in Egypt’ to head them ahead with a fabulous header.

The Spaniards are in crisis now and could be heading out but Iago Aspas catches out both the Moroccan defence and the TV director as he scores with a backheel from a short corner in the 91st minute.

The linesman gets a nod from his Moroccan auntie in the crowd and chops the goal off for being offside but the referee consults VAR and the camera cuts to Spanish manager Fernando Hierro who looks like a man about to get back the results of his last cholesterol check-up as he twitches nervously. 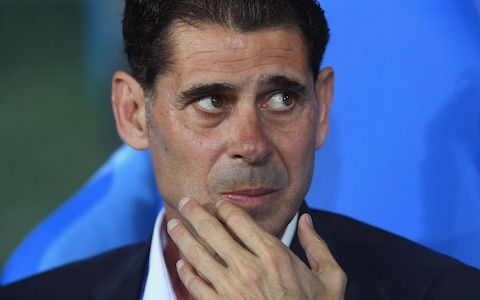 The goal stands and Spain are through, somehow as group winners.

The Moroccan players protest seemingly incapable of understanding that goals should stand when the scorer is onside.

This one turns out to be far better than I thought it would be.

I didn’t watch it live as I was witnessing Spain vs Morocco but saw the highlights after.

Ricardo Quaresma – who looks different everytime you see him – scores an absolute peach from the edge of the box with the outside of the boot to give Portugal the lead the stroke of half-time.
In the second half, the game descends into farce.
Firstly, referee Enrique Caceres waved away a penalty shout by Ronaldo which looked soft but is the kind of thing he usually gets.
But about a minute later he consults VAR and gives it.
Ronaldo then steps up and misses the penalty which is unlike him and hilarious for everyone else as he’s lucky to be still on the pitch after an earlier incident where he appeared to strike a player off the ball.

Then more controversy as Iran get a penalty after Sardar Azmoun’s header connects with the oblivious Cedric’s arm. It’s the very definition of ‘ball to hand’ therefore not a penalty but after watching it about half a dozen times on VAR – which in itself should confirm it’s not clear and obvious – the referee gives it and Iran score via Karim Ansarifard who isn’t afraid and lashes it high into the net.

They then nearly do the unthinkable and send Portugal out when Mehdi Taremi raced through on goal but fluffed it in the dying seconds.
Portugal survives and as group runners-up advances to the last 16 where they will face Uruguay.
The Iran players cry on the pitch and their fans do likewise in the stands but are going home with their heads held high.
Where ever he is in the next life I’m sure Ayatollah Khomeini will be looking down on them with a stoic pride.
Personally, I’ll miss them.